Food Thru A Lens 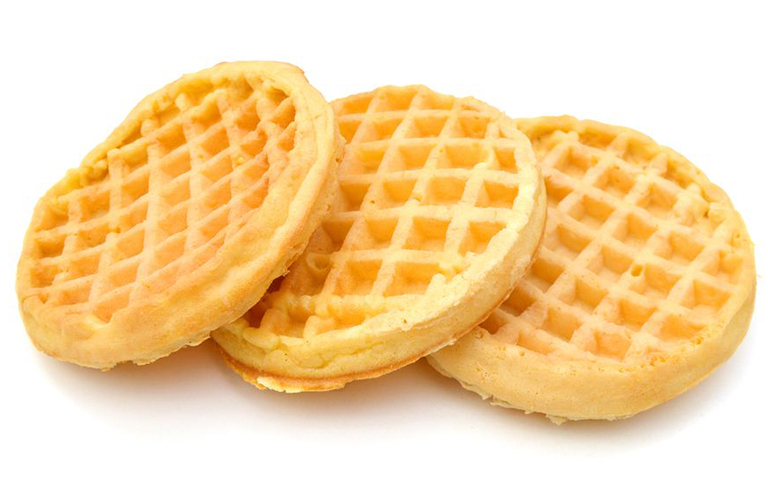 The simple answer to that question is NO.

There is no conclusive evidence to suggest that the nutrients that are added to meals like Eggo waffles are truly absorbed by the body of the consumer. You are consuming some kind of enriched dough that has sugar and milk added to it, as well as certain chemicals that may or may not be safe for your consumption.

In general, the more away a meal gets from its basic elements, the less healthful it is. This holds true for processed foods as well.

Therefore, an apple is good for you since it has not been altered from its natural condition.

Whether or not a hamburger is healthy to eat is very dependent on both how it is prepared in the kitchen and the ingredients that are put into it.

High Fructose Corn Syrup, which you are probably putting on your waffles, is not acceptable since it has changed a great deal since it was an ear of corn in the past.

Things You Need To Know About Eggo Waffles

There is a possibility that some of these items might be beneficial to your health. Some of them would simply be helpful to know in general before you eat them, regardless of how you plan to consume them. For instance, Eggo waffles are available in a variety of forms and dimensions.

At the Kellogg’sKellogg’s firm in the year 2009, there was an issue over waffles. The Atlanta location of the corporation had shown some of the signs and symptoms of an infection known as Listeria. Unfortunately, by the time they were ready to reopen, several significant rains and floods had already destroyed the plants that were required for manufacturing, which caused the process to be delayed. Waffle manufacturing fortunately didn’t stop the next year after everything was finally resolved the previous year.

It’s common knowledge that pancakes contain less calories than waffles do, on average. It is essential that you be aware of the components they consist of as well as the potential effects they may have on your body. It is unlikely that it will have the same impact on your body as other things would. Eggs, wheat flour, vegetable oil, and baking soda are the ingredients that go into these waffles. Eggo waffles, on the other hand, are around 180 calories per serving on average. These waffles include a significant quantity of sugar in their batter. It would not be a good idea to have it each and every morning since doing so would be quite harmful.

The waffles themselves contain a significant quantity of sugar, and you may eat them with syrup or any other topping of your choice, both of which also include a significant amount of sugar. In addition to that, even if you do consume these waffles, it’s possible that they won’t fill you up fully. It’s possible that you won’t feel hungry for a few hours, but after that, you’ll be able to hear your stomach rumbling in protest.

You won’t feel full even after ingesting so much sugar, right? Let’s Let’s face it: the components that go into these frozen waffles are the kinds of things that, in most cases, a doctor would advise you to limit your consumption of. Even if they are frozen waffles, waffles, in general, should not be consumed on a daily basis since they are unhealthy for you. On the other hand, they have a lower caloric content and a sufficient quantity of nutrients that will be of value to the body. The fact that it is frozen and all you have to do to prepare it is heat it makes it a convenient breakfast option, but it does not mean that it is the best option.

Although frozen waffles may be convenient, they are not necessarily healthy. Most frozen waffles are high in sugar and calories, and some even contain unhealthy trans fats. If you are looking for a healthy option, try making your own waffles at home with whole wheat flour and natural sweeteners.

Yes, waffles are considered processed food. This is because they are made with flour that has been enriched and bleached. The batter is also usually made with eggs that have been beaten, as well as milk and oil. All of these ingredients have been processed in some way. Waffles are then usually cooked in a preheated waffle iron, which further processes them.

Do Eggo Waffles Have Fat?

Eggo waffles do have fat. In fact, a single waffle has 5 grams of fat. However, most of the fat is unsaturated, which is the healthier type of fat. The waffles also contain 2 grams of fiber and 6 grams of protein.